As noted in last week’s blog post, Stanford Prof. Caroline Hoxby, the nation’s leading authority on High-Achieving, Low-Income Students (HALIS), shared some previously unpublished research findings  at the 2014 Council for Independent College Institute for Chief Academic Officers and Chief Financial Officers in Portland.  Here are 7 new facts about how HALIS make college choices, including several that dispel popular misconceptions about these talented students.  If you’re one of these HALIS or have a friend who is one, see how your own experience compares with peers across the country.

Myth #1: Low income students don’t apply to selective colleges because they are worried they won’t fit in.

This is one we have heard a lot, but in Hoxby’s survey of thousands of HALIS to ask about the reasons they chose a specific college, she found no evidence to support this claim.

Myth #2: HALIS choose less selective colleges because they think they will be easier.

HALIS want to attend the best, most rigorous college they can.

In fact, she found just the opposite was the case --  HALIS want to attend the best, most rigorous college they can, but the problem is they don’t know what it is.  The research showed that a “college’s academic programs have very good reputation” was the KEY factor in HALIS’ decisions;  unfortunately, too often they make bad judgments about the quality of a college’s offerings, choosing a program they believe is successful, when the data suggests that college has a low graduation rate.

This is perhaps one of the most common misconceptions we’ve heard. But for top performers (top 10% scorers on the SAT or ACT), Hoxby found just the opposite was the case:  they often felt isolated and unchallenged in high school and are keen to get away to a new environment.  As one of our American Honors students commented about the strong sense of community in the program: “They’re the kind of people I try to attach myself to.”

Myth #4: The way to recruit HALIS is to stress the fun parts of the college experience.

They worry that on many elite campuses, students are spending too much time protesting, not studying.

In fact, HALIS are put off by the pictures of Frisbee-throwers and big-time college sports that feature prominently in the hundreds of brochures that they receive.  They don’t like the emphasis on the social scene and worry that on many elite campuses, students are spending too much time protesting, not studying. That is to say, HALIS are looking for a college experience that lets them grow intellectually.  Hoxby speculated that one reason why too many HALIS make poorly informed college choices is that top selective colleges may take their academic strength for granted in their promotional material, stressing the other elements of college life so prospective students won’t feel too stressed out, while it is the weaker colleges that highlight their academic programs.

Myth #5: HALIS are attracted by the small, nurturing environment of liberal arts colleges.

The unfortunate reality is HALIS don’t understand liberal arts colleges.  Many don’t realize these colleges offer strong science and math courses or that they can provide an ideal foundation for going on to top professional schools.

Myth #6: We can solve the under-matching problem by investing more in mentoring and college outreach programs.

Although well-intentioned, major Federal Programs like Gear Up and Upward Bound designed to help HALIS find their best-fit college haven’t proved to be a very good investment.  The gold standard for program evaluations, random controlled trials, conducted by top non-profit research organizations like Mathematica have found these programs have very limited effect.

Myth #7: We can solve the problem by getting HALIS to spend more time with college counselors.

The difficulty with this strategy is that most HALIS are scattered across the country in high schools in poorer neighborhoods, where few of their peers are going to selective colleges and counselors in these schools tend to provide poor advice;  they are much less likely, for example, to encourage students to apply to top colleges, than at a magnet school like Bronx Science or Stuyvesant in New York City, where nearly all the graduates apply to leading universities.

Lots of students with unmet potential aren’t turning up in the data.

After her talk, I had the chance to ask Hoxby about the implications of her work for the much broader population of talented students who fall outside her prime focus – i.e. bright low income students who scored below the top 10% on the SAT (many of whom didn’t know you could study for the exam) or many students whose families earn more than the $41,000 cutoff she used to define low income, but who still struggle to pay for college.  Here was her reply:

“We think most high school students and their families are making poorly informed college decisions. Even those who live in an affluent, university community like Palo Alto--where I teach at Stanford--may only look at a handful of colleges they know well from their experience.

It is not about getting students to the highest ranked colleges.

“There are lots of students with unmet potential who aren’t turning up in the data because they see their peers in weaker schools working hard, who aren’t doing much better when it comes to going to college than those who don’t, so they decide, ‘Why work hard?’   If students could see more clearly that working harder and taking tough classes, like honors and AP, would pay off in getting to a great college, then this could raise the bar for a wider spectrum of students.”

“Economists like me tend to pick the easy (more extreme) cases first to study, and then seek to roll out the findings to a wider group. We hope to be able to use the tools we’re to reach students of all abilities at younger ages to change their behavior and help them make better college decisions.”

One final surprise from the nation’s leading expert on “under-matching”:  she doesn’t like the term.  “It is not about getting students to the highest ranked colleges,” said Hoxby.   Instead, like American Honors, her goal “is to help them find the best match – the best fit for their particular interests and preferences.” 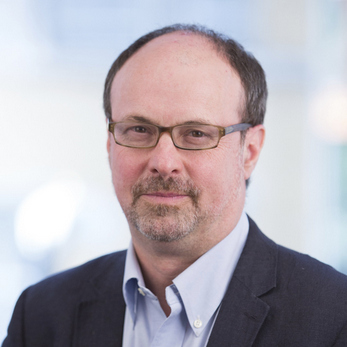 Dr. David Finegold is a leading expert on skill development systems and their application to economic performance in the global marketplace. He writes about how honors programs can help close the achievement gap.