Someone asked this question on Quora, my co-founder Jon Frank dug in. In some ways, our advice on how to cope with college decisions is as much a lesson for life that extends beyond merely getting through these next few agonizing days.

So, that’s the setup. You’ve given it your all. Your stomach is in knots, awaiting decisions from schools. And somehow, the outcome is NOT what you wanted. Maybe you’ve been rejected by EVERY school. Maybe just the ones you were excited about. Some way, somehow, it just wasn’t your day. What happens now? What do you do?

But after a few days, something’s gonna turn. Feeling bad should start to feel different. Boring. Unproductive. Old. The sun might come out. The air may feel a little fresher. It’s time to get back up. Why? Because it’s time to grapple with the coolest realization of them all: in fact, you’ve lost nothing. You’re gonna still reach your end goal. It’s just that your pathway might look a touch different, or simply be delayed. (Who cares.)

Embrace the new pathway toward your end goal

The NEXT thing you need to do is refocus on your end goal. What is it exactly? As a late teen, you may not have extreme clarity on EXACTLY what it is you want (and probably you shouldn’t, you’re too young!). But there are ASPECTS of your end-end-end goal that you may have a sense of. Things like “you’d rather be happy than… sad.” Maybe it’s important for you to “help people rather than… not help people.” Maybe it’s important for you to be ridiculously wealthy, versus not ridiculously wealthy. Maybe you only care about protecting the environment. Whatever it is, even if it’s in the form of nebulous VAPOR at present, it’s important to recognize that you can still GET IT.

“Well, great, I’m not gonna go to ANY of the desirable colleges on my list, so that’s that. My life is not gonna turn out the way I’d hoped.”

And instead, DO think about your next move like THIS:

“Well, given that my end goal is… X, what are the smartest things I should do to get there now? What are all my options?”

There are plenty of things you can do to achieve your end goal. (Unless your end goal was literally JUST to attend a particular college, but… why would that be your end goal?) You can take a gap year, and SHORE UP your weaknesses. You can get a job and do some coooool stuff in the community, attend a less competitive school (or just re-apply in a year if you didn’t get in ANYWHERE). You can attend a less competitive school and then make it your business to try to transfer if that ends up being the coolest move you can make at a future time. You can… do all sorts of stuff that will put you ONCOURSE toward your end goal.

And there’s no shame in it.

True grit is revealed through your response to disappointment. Do you buckle? Or do you rise to the challenge to figure out an alternative path forward? If you are dead set on attending a best friend’s wedding, and the flight is canceled, do you just… give up? Or do you find another flight? Or even another mode of transportation? If you’re planning an outdoor wedding and it starts to rain, do you cancel the wedding? Or do you change it up, cleverly?

The key is never the path, it’s achieving the end goal. In fact, we can do even better than that. It’s… staying committed to achieving your end goal. Maybe you adjust your end goal, maybe you evolve on what’s important to you personally. The key is never to fixate on the path TOWARD anything needing to look a certain way… “or else.” That’s a losing, short-sighted strategy. And when you’ve lived a bit, you start to realize that the shininess of the path matters less and less.

Embrace this, and you’re gonna be able to deal with life’s twists beautifully.

(Folks who can do THAT… Succeed.) So what’s next? If you’re planning on reapplying next year, check out our post on putting ‘mind over matter’ and focusing on conquering college acceptance rates. Need some help rethinking what makes you stand out to a college admissions committee? Check out this brainstorming exercise. 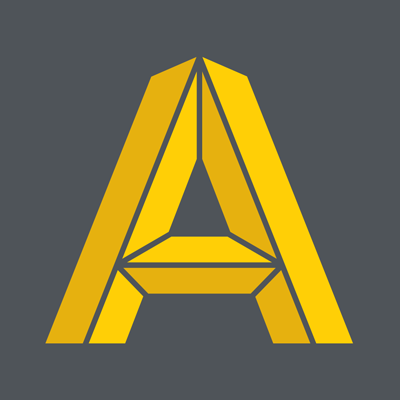 Since co-founding Admissionado, Raj’s clients have been accepted to some of the world’s top colleges including Harvard, Stanford and Columbia. Raj’s creative background and master storytelling skills have proven instrumental in helping college undergraduate and business school applicants alike express themselves.

3 Ways You Can STILL Get Into College This Fall

How to Recover When You Get Rejected From Your Dream School