How to Get a Stellar Letter of Recommendation

“I’ve been asked by several students in my class to write a letter of recommendation to your program. Rather than write an individual letter for each of them, I shall simply rank them in the order which you should consider them.”

A well-written letter of recommendation can do wonders for your application to college (or programs, or scholarships), because it can show a side of you not reflected in transcripts and test scores.  But how do you make sure that your recommender writes you an awesome letter? Our free downloadable guide to getting an awesome letter of recommendation is the perfect tool to help, but you’ll want to know these four guidelines first.

Download the free guide to getting a stellar letter of recommendation.

There are three key traits you’ll want in any recommender:

Most of the time, colleges will ask for letters from your high school teachers. Ask a teacher who has taught you recently. Even if you really left a great impression on your 5th grade teacher, your 11th grade teacher will be much more able to speak to your abilities. If the application is specific about what kind of class they must teach, follow those guidelines. Otherwise, you should try to find a teacher from a “core” class like science, math, english, or social studies in which you earned a high grade or showed excellent improvement or effort.

That last part is important -- make sure you’re asking someone who knows you can do good work. If you got an A, but breezed through the class and never really interacted with the teacher, they won’t be able to say anything about you other than what’s already on your transcript … you got an A.

"Can your recommender show a side of you that isn't reflected anywhere else?"

Remember, you want to ask someone who can tell a complete story about you -- even if that story ends with you getting a less-than-perfect grade. If you’ve impressed your teacher and earned their respect, they’ll be able to say great things about you.

Key point: A letter of recommendation can show a side of you not reflected anywhere else.  make sure your recommender knows that side of you!

Ask at the Right Time

How would you like it if your teacher surprised you with a homework assignment to write a 300 word paper … in one day?  Exactly.  The rule of thumb is you should give your recommender a full month, but you should never give less than two weeks. In fact, you can even tell them several months ahead of time that you plan to ask them to write a letter when the time comes. In fact, cultivating recommenders early is one of the ten things high school juniors should do to help prepare for college applications.

"Asking for a letter with very short notice is considered to be less than polite."

What do you do if you find yourself needing to ask someone with less than two weeks?

First, be apologetic. That’s right -- you should apologize for making such a sudden request. You’re asking for a favor, and it’s not polite to ask on short notice. Admit that upfront and apologize for it, even if you don’t feel like it’s really your fault.

Second, have a good reason for asking so late, and tell it. Not an excuse -- an actual reason.  Maybe your first recommender became unable to write it, or maybe you only just now discovered the perfect program or school. Let your recommender know why you’re asking on such short notice. But remember, it doesn’t excuse you! It’s just to help give context.

Third, make it as easy for them as possible (keep reading for more on that.)

Finally, be prepared to be told “no.”  It’s entirely possible that they simply won’t be able to write it on such short notice.  Still, you should be gracious. Thank them for their time, tell them you understand, and accept their answer -- no amount of arguing or begging will win you a quality recommendation letter from them at this point.  Move on to someone else.

Key point: Give as much time as possible to your recommender.  If you’re short on time, be extra gracious!

Make it Easy for Them

You’re the one asking for a favor, so make sure you’re making it as easy as possible for them to help you. Even if your recommender knows you very well, they’ll still appreciate a little guidance. Ask them for a recommendation in person, but also give them a written request.

Your written request should include:

That’s right -- you should brag about yourself in your request! Be your own publicist! You’re obviously not writing the letter for them, but providing a list of your own greatest hits will help your recommender have some starting material to build a letter that really hits it out of the park.

"You should brag about yourself in your request."

A short self-reflection essay might seem like an odd thing to provide, but it can really help give your recommender some context for how you see your true self. Reflect on your strengths, challenges, and maybe even offer an anecdote about an experience you had that demonstrates your character. It doesn’t have to be long (in fact, it shouldn’t be too long!).  A few paragraphs to a full page should be plenty.  You might even be able to reuse your own well-crafted college essay for this.

A list of your own accomplishments can identify a lot of your achievements in a very short amount of time. Include things like sports, clubs, awards, achievements, and after-school activities. Be sure to note any leadership roles.  The trick here is to keep it brief! Think of it like a really short resume. Your recommender will be able to use it as background to help fill in the rest of the story they’re telling about you.

Key point: Do the legwork for them. The only thing your recommender needs to figure out is how they’re going to express all your awesomeness. Our free guide includes a template to help you say everything you need to say.

Get Your Letter of Rec Request Template

Someone is doing you a HUGE favor. Make sure your gratitude is just as big. It’s totally appropriate to write a thank you note after.

"Remind them of the due date by thanking them for agreeing to write it."

Also, you can start thanking them before the due date, it’s actually a way to politely remind your recommender that the due date is approaching.  Rather than say “hey did you write it yet?” you can say “thanks again for writing a letter of recommendation for me.”

After the work is done, thank them again.  When you get back your decision letter, make sure to let them know -- they helped you get there (in a number of ways!) So don't forget to share the good news when you get that big acceptance letter!

Did you find these guidelines useful? Then you’ll love our free guide. It even includes a template letter to help you ask for a letter of recommendation. 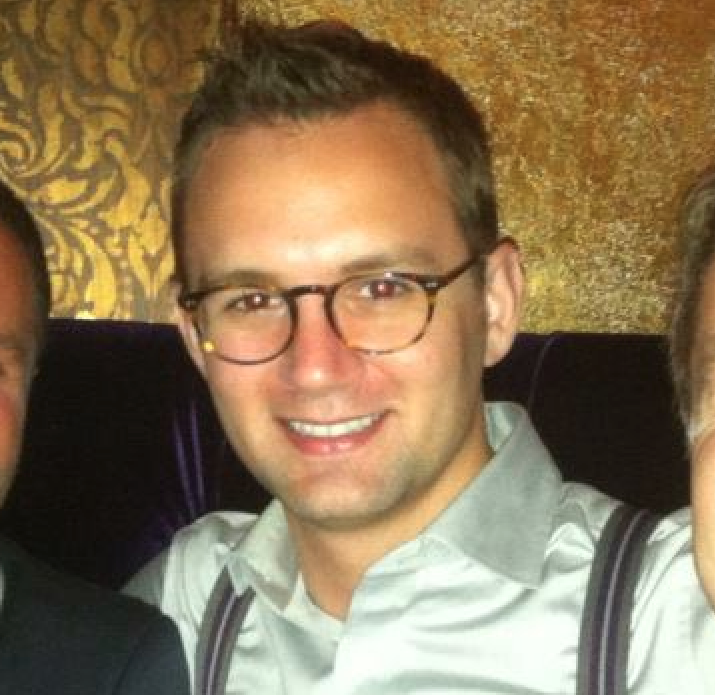 Jared specializes in communication in higher education. He writes about getting into college and succeeding once you're there. He's the editor of the American Honors Blog.