Why would a student ever make the choice to go to a community college over a big name university?

This seems to be a bigger question now, than ever before. Community college used to be a “last resort” for most students, now it is a first choice for some really solid students.

Why? Students are turning down big name universities to save money, stay closer to home, and to have a more intimate learning experience. Don't believe me? I talk to students who do this every day - it’s my job! Here are three of the most common reasons I hear. Some of their reasons might actually surprise you!

Big Reason 1: College Costs Too Much

The most common thing students tell me is that they can’t afford college - or they don’t think they can, at least. With the cost of tuition at an all time high, many students (and parents) turn to community colleges to save money for at least 2 years, and then transfer to a bigger-name university.

The national average for tuition for one year at 4-year university is $23,066 according to the National Center for Education Statistics, while community colleges have an average of $9,308 per academic year.

“Students see these numbers and understand the amount of debt they will be in.”

In my experience, most 18-year-olds are actually pretty savvy about the amount of debt they’re willing to take on - some might even worry too much about graduating completely debt free. Students see these numbers and understand the amount of debt they will be in, and some are choosing to forgo leaving home after high school to stay local and get their credits for cheaper at the community college.

Many students want to take advantage of a cheaper tuition rate for as long as they can.

This has enabled more students to afford going to college in general. With student loans being capped at a fairly low amount for dependent students, $31,000 total, and the amount of Pell generally being based off of parents income, many students want to take advantage of a cheaper tuition rate for as long as they can.

Read: How to Pay for College When Parents Can’t Help

Big Reason 2: Not Ready for College

Then there’s another problem, and this one can be hard for students to admit. I’ve had to have some pretty frank conversations with students about their college readiness.

Many times, student’s aren’t even “college-ready” when entering their first year of college.

Sometimes that can lead to students being required to take pre-req classes that don’t even count for college credit (but still cost money.)

This can make students feel pretty down. It’s an understandable response, but the truth is that it’s actually a very common situation. I’ve seen too many students get discouraged over their college readiness.

“Some students end up needing to take 4 to 6 pre-req classes.”

To quote a recent report, more than a quarter of 2012 graduates fell short of college readiness on all four ACT subject test benchmarks, and 60 percent of students tested missed the mark in at least two of the four subjects.

Some students end up needing to take 4 to 6 pre-req classes at college to catch up -- at a 4-year institution that could cost upwards of $10,000 -- and none of those classes will even count toward a degree. That is definitely not a good value for your tuition dollars.

Community colleges are well equipped to bring students up to speed.

Community colleges, on the other hand, provide an opportunity to complete pre-reqs and general requirement classes that will count towards a bachelor’s degree -- all for a fraction of the price of what most 4-year schools charge.

It’s true that community colleges haven’t always had the best reputation. The good news is that a lot of that bad reputation is based on myth and misperceptions.

In fact, there’s been a boom in community college acceptances and transfers to 4-year universities, changing the game entirely.

“At some community colleges...students can transfer directly to a local state university.”

The transfer process is becoming easier for students, which means more and more students can take advantage of an affordable route to a bachelor’s degree. At some some community colleges, there are transfer pathways setup so students can transfer directly to a local state university.

There are also programs like I mentioned earlier, such as our own American Honors program, that are set up in select community colleges to help students that want to excel - regardless of their current situation.

A bachelors degree from a 4-year university while saving money? That’s the best of both worlds.

Read: Get into 4-year Schools With a Transfer Checklist

What about you? Was community college always part of your plan, or have you just recently decided that it’s time to apply to just one more college? 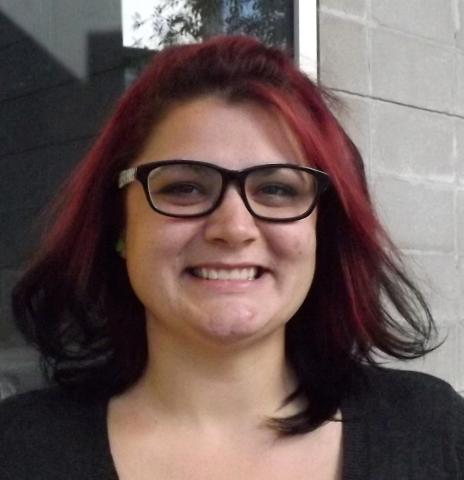 Erika has a decade of experience in higher education, and now she helps students one-on-one figure out how they'll pay for their own college educations.

Four Reasons Employers Would Rather Hire an Honors Student