One year ago, I stood in the exact same place I’m in now. I was in high school, with my childhood friends, nostalgically talking about growing up together. We knew that since high school was now over, things would never be the same.

“In college, everything was going to change.”

In high school, our schedules were clearly outlined for us. We had the same classes everyday, with people we already knew. Most of our expenses were taken care of for us (thanks, parents!)

We were so excited for college, ready to head off into the world and live our lives the way we wanted. In college, everything was going to change.

And it did. A year later I’m here again, writing this in the local woods’ reservation in my town. I am on a bench, looking at the overlook facing New York City; its tall buildings like concrete giants. That’s where some of those same friends are now, attending universities in the city.

I used to come here during my first semester of college to clear my head from the kind of self-doubting thoughts that consumed my psyche:

Why am I still here? Metaphorically, I feel as if I am still a caterpillar, only making it to the nearby leaves of community college. How come my friends were able to fly away; self-actualize into butterflies in a way that sent them in their first year of college to swarm around the Big Apple? Where did I drop the ball? Have I failed?

It was really easy to get into this sort of self-pity party when I gazed out at the view of the city. But now that I’ve completed a full year at community college, I realize how that lack of optimism affected me during my first semester. Thankfully each time that I came here, my mind became more and more clear. I began thinking more constructively of my current situation and how to make the most of it. Because ultimately, it was my lack of focus in some crucial areas during my high school years that led me to where I am.

One thing I dropped the ball with: standardized testing. Actually I guess, it was just the SATs, since I am technically a recognized AP Scholar by the College Board. But when it came to prepping for the SATs, I comforted myself with the knowledge that some of my classmates who took the test a few months before I did managed to score over 1800 with minimal--if any--studying.

“So essentially, I was blinded by arrogance.”

I used their success as a measuring mark for myself, because I excelled more in my studies than them. So essentially, I was blinded by arrogance and didn’t see the SATs as the machine it truly is. And I wasn’t prepared to handle it.

I based my personal expectations on the performance of others like me, and didn’t study for the SATs. I yielded what the top universities that I had applied to categorized as “average.” And now reflecting on it, it really was a matter of ego; I would have felt academically inferior had I studied extensively -- as if studying was an admission of academic inferiority.

Unfortunately I didn’t debunk this way of thinking when it came to taking the college application process seriously, until it was too late. I did a poor job taking initiative.

Because of my merits each quarter in high school, and how I effectively balanced a plethora of extracurricular activities without jeopardizing my report cards, my family trusted me with the responsibility to get the college application process off the ground.

My family trusted me with the responsibility to get the college application process off the ground.

Around the same time, I was torn between taking a gap-year to focus more on music, drawing, graphic design, acting, and possibly travel. My aloofness debating with myself if a gap-year was the best decision had me pushing off the application process to the last possible second, where I spent all of my winter break working on essays and revising them until the last possible second before hitting submit on the Common App.

In light of that, it shouldn’t have been all that surprising when one school rejected me: The University of Chicago. Although it was just one school, rejection is never easy.

What was worse were the financial aid awards. The schools I was accepted to made both need-based and academic merit offers, but they weren’t sufficient for me to actually attend.

I always envisioned graduating college debt free from a top university, like my brother. And again, my ego was skewing my perception.

Related: Should you worry about graduating debt free?

I grew bitter looking at my acceptance letters, because they seemed to be half-affirmations for myself. I’ve always feared getting trapped in the epidemic mass debt students face graduating from college. I was thankful for the acceptances, but also extremely hesitant knowing that bills are real.

Now, after one year at community college, I realized that self-consciously, I have been working towards a better me.

I knew that if I wanted to be on my way to accomplishing half of the goals and aspirations I continue to set for myself, there were foundational flaws within myself that I needed to reflect on over the next year, to get on track, to be better than before.

Now, after one year at community college, I realized that self-consciously, I have been working towards a better me.

I began this blog post saying I’m in the same place that I was last year. The only difference being my childhood friends are on different paths now -- a path I thought I’d be on, too.

But that’s not right. To truly believe I am in the same place I was in last year would be to give in to the same adolescent perspective that led me to not take the SATs and college application process as seriously as possible.

“I’ve taken my financial and educational future into my own hands.”

As soon as I began gradually peeling away from my pessimistic thoughts this year, and became more mindful and present in the world I am living in now, the more I began recognizing that the doors of opportunity are more open now than ever. In fact, pessimism can trick you into working against achieving your own goals.

I learned that focusing only on the negatives, and my own mistakes, wasn’t going to lead me anywhere. I learned to appreciate my courage -- I’ve taken my financial and educational future into my own hands. I have confidence in myself, and who I am, to go a less conventional route. Enrolling in community college has not only humbled me, but has revealed how ego clouded my judgment in making clear, smart decisions.

That’s why I’m grateful American Honors got a hold of my email during a crucial time of my life. And I’m even more grateful of my family’s continuous support; attending the AH informational session last March, talking me through what I was getting myself into, and expressing faith that I’ll continue to grow, that I’ll transfer to the school of my dreams, and that I will take flight, too. 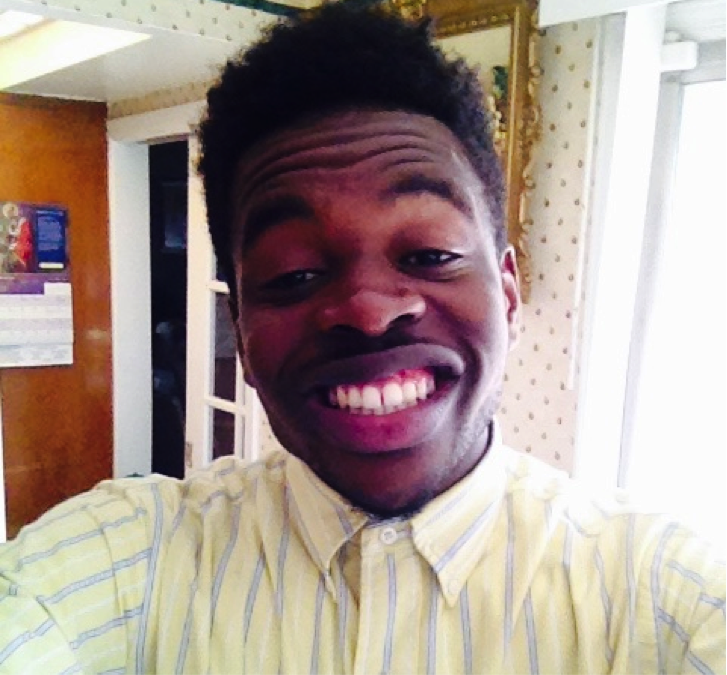 McDaniel studied as an American Honors student at Union County College before transferring to earn his bachelor's degree. He writes about self discovery, second chances, and smart college choices.