Why You Can't Live Without Schmooze

schmooze, college, advice, how to be, act

Schmoozing is one of those terms that gives the ‘creepy-crawlies’ to a lot of people. After all, no one wants to feel like they’re being schmoozed. As a society, we collectively roll our eyes at the greasy used car salesman, and chuckle at the baby-kissing politician. It can help if you think of it as just "networking," (here's 7 tips for effective networking), but let's just call it what it is: schmoozing.

But is there room in our society for socially-positive (or constructive) schmoozing? I believe that there is.

Why You Can’t Live Without Schmooze

In both professional and personal life, schmoozing is what allows doors to be opened. It is what allows investors and investees to come to agreements, and develop belief in whatever they are doing; it is what allows our government to operate with other governments (any diplomat would tell you that entertaining other diplomats is how information is exchanged and relationships are formed); and it is what allows me (an academic advisor working for a for-profit program at a non-profit school) to develop relationships with my students, my peers, the faculty, and the administration of my college.

In a way, schmooze is what makes the world go-’round. It’s all in how you do it.

When does schmoozing become a negative thing?

Many have viewed schmoozing as a ubiquitous, yet loathsome, necessity of day-to-day life in the modern world. However, schmoozing only becomes negative when schmoozers don’t make any effort to have a balanced conversation, but instead simply try to ‘pump’ or pressure people for something. No one wants to be “pumped” for information, and no one wants to feel like they’re being taken advantage of. It’s also pretty rude.

My rule for keeping the schmoozing positive and light-hearted?

Perhaps a bit crass, but it sums up the idea nicely. Schmoozing is meant to be a positive thing; if all involved parties don’t walk away happy from the interaction, then it isn’t being done correctly. At it’s root definition, schmoozing someone is an attempt to obtain something from them; whether information, a buy-in to a project or idea, or a sale. The absolute best way to do this with continued success is to be genuine and natural, not pushy or rude.

One of the base principles of schmoozing, as I’ve learned it, is that respectful and polite behavior is key and necessary for successful schmoozing. For example, holding doors (for both men AND women), having a firm handshake, and looking people in the eye; these are all great examples of positive schmoozing techniques, and polite, respectful behavior.

Have you ever used schmooze to get something done? Tell us your best tricks in the comments! 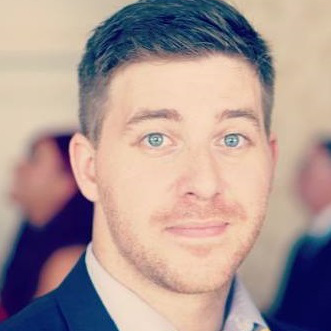 Nick is an academic advisor for American Honors students. He writes about academic success, college debt, and the undeniable importance of schmooze.