In high school, everyone finds their own path. For me, that path took an early turn down the road to college. In Washington state, that path is called Running Start, and for me, it was one of the greatest decisions I’ve ever made.

I didn’t stop there, though. I combined Running Start with the college’s honors program: American Honors. If you’re considering combining an early college program with honors, I’d like to offer you some insight I gained during my time in both programs.

Running Start and American Honors both had significant impacts on my life and helped prepare me for the path I’ve since taken as a student at Western Washington University.

An accelerated college program AND an honors program at once might seem like a lot to take on all, but you’ll see it’s actually quite manageable (and totally worth it!)

Step 1) Dream Big, Even If You Feel Scared

If you’re hesitant to even apply to a college honors program in the first place, and questioning whether the work is too hard, stop and ask yourself something.

Do you really think the selections committee would make a mistake? The worst that can happen if you apply is you get told no… but if you get accepted, that means you’ve already proven you can handle the work. In fact, you’ve done so well that you’re being offered a chance to challenge yourself even more.

“If you get accepted, that means you’ve already proven you can handle the work.”

The amount of focus you’ll be encouraged to put toward transferring to a four-year university can be a bit nerve-wracking, but you can rest easy knowing that every member of the American Honors team is there to help you succeed and will help you make the best decision for you and your future.

Step 2) Go to College as a High School Student

First things first, let’s talk about how to become a dual credit student. It’s actually much easier to do than you might think.

If you’re interested in a greater challenge, or just doesn’t fit in with the rest of the high school crowd, Running Start could be the perfect fit. (Other states have similar programs, so look into yours even if you’re not in WA!)

Talk to your counselor at school and just ask what your options for Running Start are. You’ll need to turn in an application and do some logistic grunt work, but all in all it’s a pretty straight forward process.

From there, American Honors is just one more easy step.

When I was first contacted by American Honors, I asked my high school counselor if it would be ok for me to take part in a college honors program even though I was still technically a high school student. He gave me his approval and, again, it was as simple as applying.

Read: What Does It Mean To Be In An Honors Program?

Throughout the rest of my time at Spokane Community College, I gave my high school counselors periodic updates about my progress and plans after graduation (which began to grow exponentially with the help of my new honors advisors).

In the end, it all came down to what I wanted to do with my life.

In the end, it all came down to what I wanted to do with my life. The decision to take 20 credits my last quarter was one I made myself, so was the decision to apply to Western and the decision to not apply to what previously had been my first choice school. I learned that counselors are there to guide you as you start to become more comfortable making your own choices.

They offer their thoughts and suggestions, but in the end, it’s your choice.

Read: 5 Undeniable Reasons Your Advisor is the Best Part of College

Step 4) Fitting In at College (as a High Schooler)

American Honors found me during a really interesting part of my life. I had already attended one year of classes at Spokane Community College to satisfy my high school requirements while also gaining college credit. Many of my peers held full or part-time jobs, some were married, some were parents... and I had only just gotten my driver’s license.

It was awkward, to say the least.

For all our differences, we shared a very common, overarching goal.

But what I quickly realized was that for all our differences, we shared a very common, overarching goal—we were all there to better ourselves.

We were all studying from the same textbooks, all fighting to pass the same exams, all sacrificing time with friends and family to complete the goals we had set for ourselves.

For Running Start students, and especially American Honors students, one of the first lessons to learn is that your peers—no matter their age, prior education or experience—are standing with you.

But when you’re fresh out of high school, that can be a hard lesson to take to heart. What I learned growing up was that if someone was even one grade ahead of you in school, they were better than you. They were older, they were smarter, and they were cooler.

“They were older, they were smarter, and they were cooler.”

But once you’re at college, especially if you’re in a great honors program like American Honors, be prepared to let go of that high school way of thinking. Even if other students have completed more classes than you, even if they have transferred to a four-year university, even if they have graduated, you’ll always have that one important commonality: striving for your goals, together.

Read: How to Make Friends at Community College

I was fortunate enough to be able to do Running Start in both my junior and senior years of high school. It was a process my older sister had gone through when she was that age, and she managed to graduate from both high school and community college at the end of two years.

So, of course, that meant I had to do the same.

I pushed myself by taking anywhere form 15 to 20 credits per quarter.

I pushed myself by taking anywhere from 15 to 20 credits per quarter. I sacrificed a lot of time with family and friends to complete assignments and study for exams. I’d sometimes be on campus at 6 a.m. to work.

It goes without saying that it was difficult. During my last quarter, I struggled through an online astronomy class that I felt was going to be the death of me. I thought for sure I was going to have to drop it (the last class I needed to get my AA), just weeks before graduation.

But after a lot of sleepless nights and some pretty teary breakdowns, I did it.

“I walked in two graduation ceremonies that June.”

I walked in two graduation ceremonies that June, one beside the 17- and 18-year-olds I’d grown up with, and one beside the aspiring nurses and teachers and engineers I’d met at college.

My point being, that it is possible to do this. With hard work, you can help set yourself up for so much success.

How to graduate from high school and college at the same time.

It was a wonderful feeling to transfer to Western and immediately be able to take 300- and  400-level courses. I’m incredibly proud of the fact that I’ll graduate with my degree in news editorial journalism so quickly.

Believe in yourself and don’t be afraid to push past your own boundaries. And believe that the people in your life will be there with a tissue and a carton of Häagen-Dazs when you need it.

After all, if your dreams don’t scare you, then they’re not big enough. 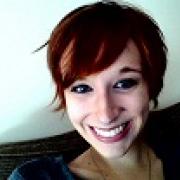