Transfer Highlights from the Class of 2014

Graduation marks both an ending and a new beginning. For American Honors students, graduation means taking a pause and reflecting on where they were two years ago, where they are now, and where they’re going. It’s a time to celebrate all their accomplishments and transition to the next step of their academic career - their transfer school. 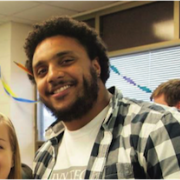 Robert grew up in New York in a low-income community and decided he couldn’t afford to go to college right after high school. Instead he worked part-time jobs, managing a pizza restaurant and working for an independent movie director in Eastern Europe and South America. After years of working and taking care of his family, Robert decided to return to school and enrolled in the American Honors program. Very diligent in his transfer application process, Robert was accepted to eight top universities and is now attending Stanford University (enrolled Fall 2014), where he has received a full-ride scholarship. 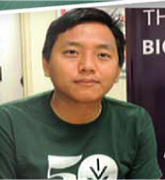 Kim arrived in the United States as a refugee from Burma, an experience that shaped his interest in medicine and public health to help children who grew up like him. He is overjoyed to be transferring to the University of Southern California to pursue his goals. When accepted, he emailed his American Honors advisor saying: “I’m very thankful to everyone who supported me to obtain this opportunity - thank you to everyone here for making my dreams possible!” 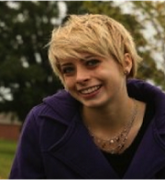 London graduated early from high school and enrolled in the American Honors program to seek out more academic rigor, greater challenges, and motivated classmates. A true community builder, London was an integral part of the pilot group of American Honors students. She is also a global visionary and seeks to apply what she’s learned to expand her horizons internationally through the Peace Corps. London was accepted to a number of her top schools and has chosen to enroll at the University of Pennsylvania (ranked #7 nation-wide!). 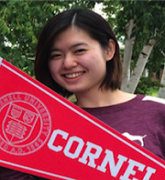 Jana moved to the U.S. to live with relatives, speaking virtually no English in high school. After living through the SARS epidemic in Hong Kong, Jana became very interested in the intersection of medicine and social policy. Demonstrating determination and grit, Jana applied to the American Honors program and became very proactive in her transfer college search. Jana attended all of the American Honors transfer seminars and dedicated time to revising her application and essays with the help of her transfer advisor. Jana was accepted into multiple schools and is now attending Cornell University to study Human Biology, Health and Society.

Amy believes in the power of communities to get things done -- including expanding the promise of higher education. She writes about the crazy ways college has changed and what high school juniors need to be prepared for.