Why don’t you tell me how you ended up transferring from Spokane to Rutgers?

I was in American Honors in Spokane and my advisor worked with me and helped me apply for several different schools, including Rutgers, that were strong in science. I wanted to try a place that was different than Spokane and I also wanted a lot of opportunities to do research because I want to go on to get my PhD and be a scientist after I complete my bachelor’s degree. I was accepted by Rutgers, Purdue, Smith, Mount Holyoke, and Illinois Institute of Technology. When I made my decision of where to go, I learned about the opportunities I could get at Rutgers, such as its highly-ranked chemistry department. I also liked the fact Rutgers is near New York, a big city so different from Spokane.

I was accepted by Rutgers, Purdue, Smith, Mount Holyoke and Illinois Institute of Technology.

Obviously, it’s a big transition to go from the small cohort in the American Honors program at Spokane to a large flagship research university like Rutgers, so how has it compared to what you were expecting? What have been some of the most fun things this first semester for you?

Rutgers is so much bigger than Spokane. The first thing I found out that was interesting was that people here need to take buses to get around on campus. Rutgers has its own bus system (the 2nd largest bus system in New Jersey). I like the atmosphere on the buses because they are full of students and you get to know people as we are all going to classes. The second thing that’s really different is that the classes at Rutgers are huge. Some of my classes have 300-400 people. Also, since the school is so big, you need to reach out to the advising center; they won’t remind you what you need to do. When I was in American Honors my advisor helped me know what I needed to do, but now I need to do that on my own.

I understand you’ve just decided to apply to the Douglass College Community within Rutgers. Tell us a little bit about what Douglass is and why you chose to do that on top of your science major.

Douglass Residential College is a program for Rutgers women. It was originally its own separate women’s college, but now it’s a program within Rutgers. It helps women, especially women in the STEM field, to be successful by providing like internship and externship opportunities and scholarships. They have thousands of opportunities for you and you become part of a small advising group.

So, it’s like finding a little bit of American Honors within Rutgers?

What are you thinking of in terms of your concentration?

I actually just applied to major in physics and math, and when I talked to the advising center and they sent me an email saying I already got into the physics...

So I’m officially a physics major now. After I pass the math class I’m taking now I’ll be a math major, also.

I don’t want to give up chemistry, so I’m thinking about doing a chemistry minor if I can, but I still want to graduate on time.

That’s a very demanding load: physics and chemistry and math all together. Do you feel like your first two years at American Honors prepared you for these courses?

Yes. I already finished the general level classes at American Honors, so right now, I’m already taking high-level science and math classes, so, I do feel like I’m prepared because when I got into Rutgers, I got right into those junior level classes.

Have you had a chance to do anything fun outside of class?

Rutgers has the Zimmerli Art Museum and it’s gorgeous, with lots of great paintings. And New Brunswick is also close to the Metropolitan Museum of Art in New York. I went there and it’s very cool. I spent the whole day there from 11:00AM to 8:45PM and I still haven’t gone through every piece in the museum. It’s huge. You get to see a lot of paintings and sculptures from different countries, especially Europe.

Are you excited that there will likely be some more American Honor students coming to Rutgers now that we have two campuses here in New Jersey?

Yes. I will definitely need to meet them when they come to Rutgers. I need to talk to them and we can make our own small group at Rutgers. 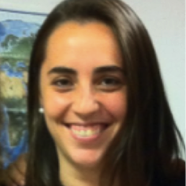 Klara joined the American Honors team after graduating from Yale University, though she started at Miami Dade College. She writes about the things 4-year schools look for in transfer students.